Standing Out At LA Roadster Show 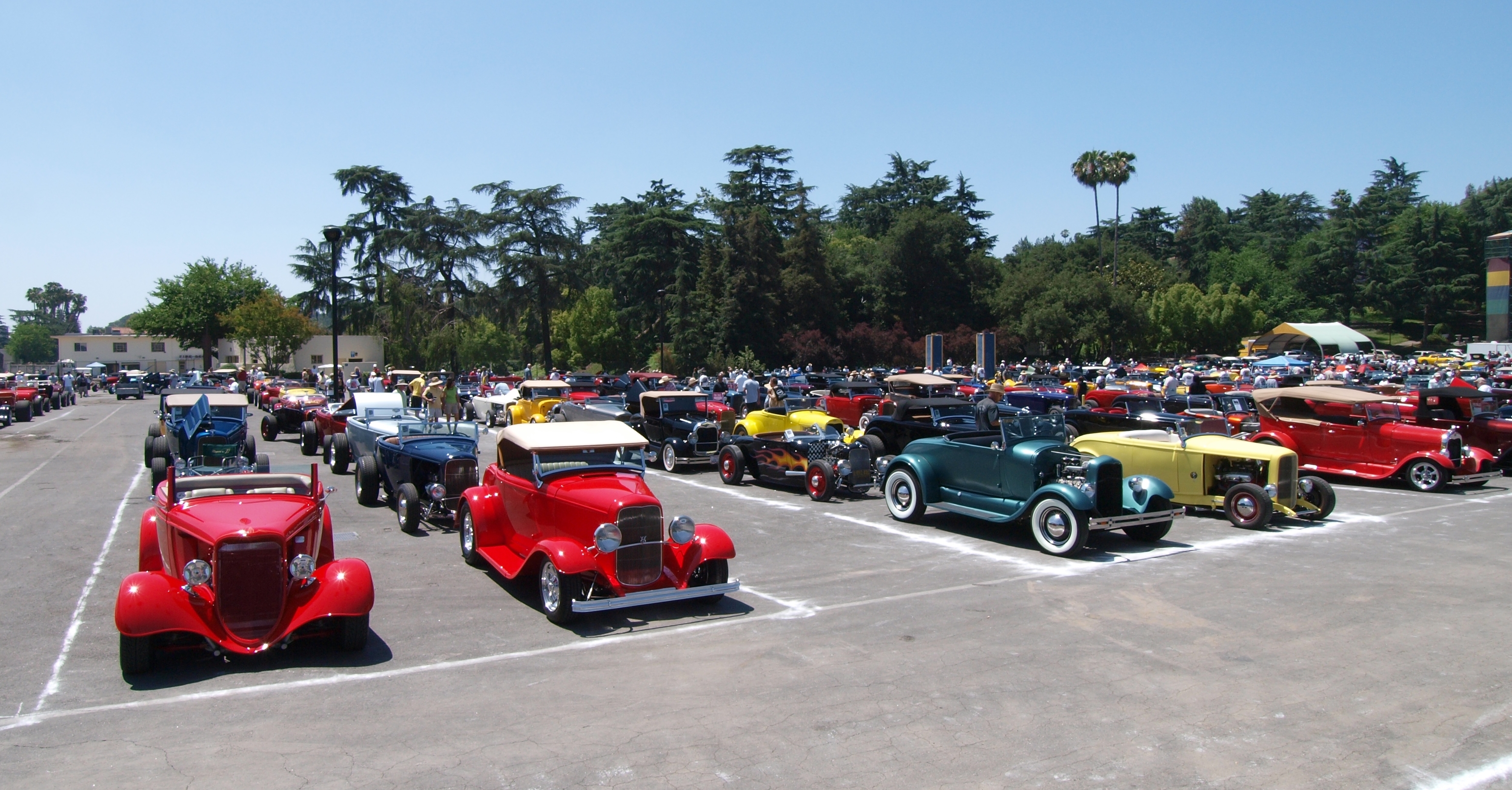 This weekend the 46th Annual LA Roadster Show was held at the fairgrounds in Pomona, California. As the name implies, this is a show focused on roadsters. Roadsters aren’t the only thing to see though. In fact last year, I was so busy checking out the informal car show that happens in the “preferred parking” area that I didn’t even make it over to look at any roadsters! This year I decided to remedy that and take a good look at all those purdy roadsters.

As I walked through row after row of pristine roadster my head started to spin! Rather than continuing on with glazed-over eyes I decided to try and learn a little, recognize roadster differences, and figure out which I like the best.

What’s there to learn about a roadster? Tons! First, how about a definition of what makes a roadster a roadster? Most know one when they see one, but could they define it? Then you’ve got Highboys, Model A’s, T-Buckets… what are the differences? I know I’m not the only one who’s unsure about these distinctions. Thanks to some new friends including Lynn from the LA Roadsters as well as Donny and Chuck for teaching me some new stuff! Be on the lookout for that article in the next couple of days!

As I was learning, I was also noticing what I did and did not like on roadsters.

A roadster is a driving-mans (or woman’s) car… so it should have good motor. Not only did I like the looks of this one – from the color choice to the tires to the metal-paneled interior – but it had an impressive engine also. 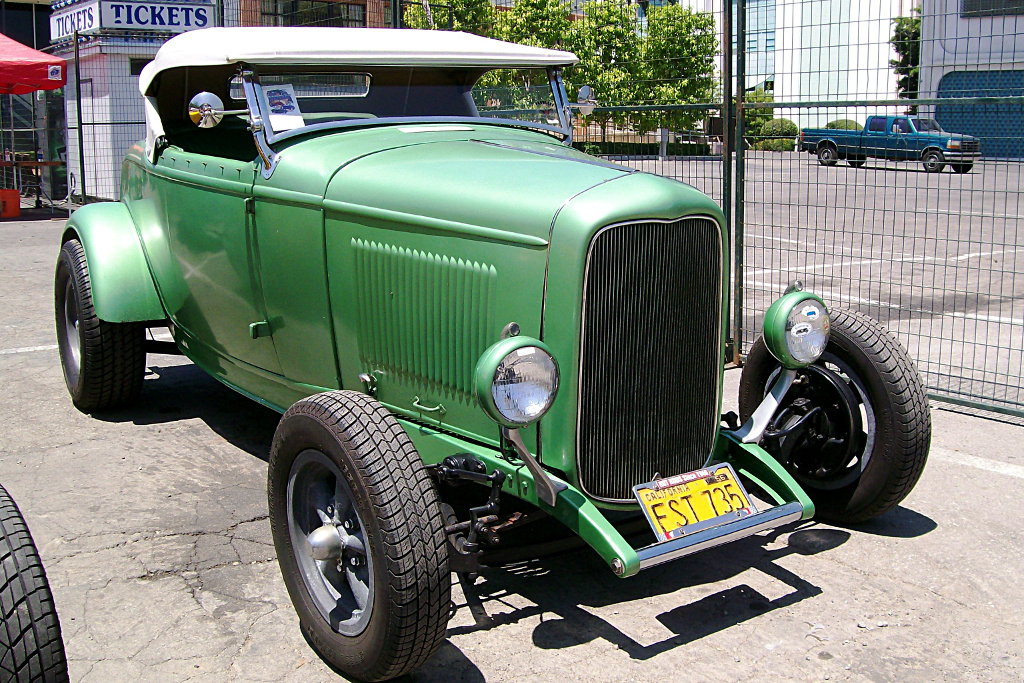 Some roadsters are too modern for my likes and others too antique. This ’32 Ford was hot rodded in the fifties and remains nearly untouched since then. I like it! 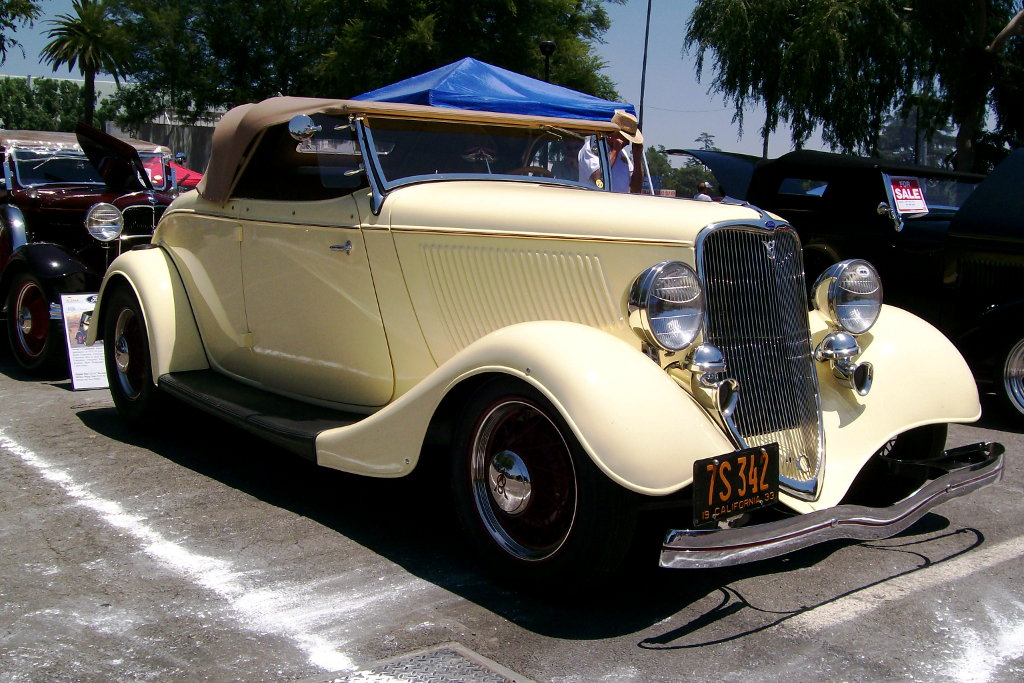 Of all my choices, this is the only one that isn’t a 1932 and that does have fenders on! This 1933 Ford almost screams both fun and elegance! Can’t you picture driving it up the California coast?

This one’s stance must’ve been a good foot above all the rest. It looks ready to have fun out on the road, in a show, or on the flats! 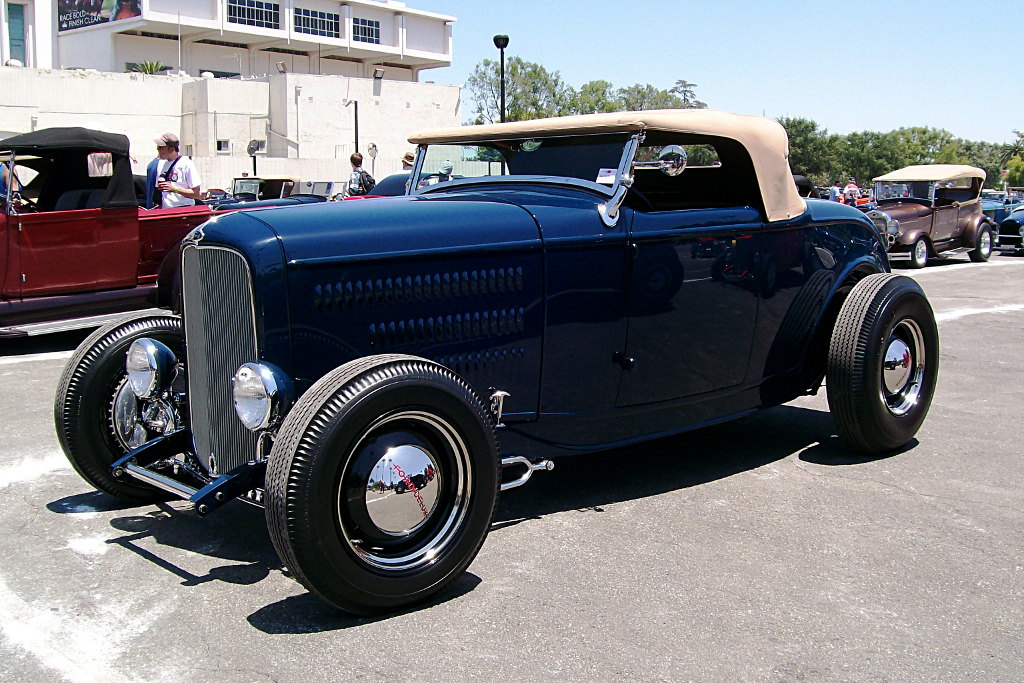 I was lucky to be joined at the Roadster Show by Craig and Swanee, my MyRideisMe.com buddies…for more LA Roadster Show coverage, check out some of their articles and pictures!

And check back at GreaseGirl.com soon…I promise it won’t be another month before I post again!