Speed Fever is a serious thing. Once I caught on, it was only a matter of time before I got interested in drag racing. First I hot rodded my Studebaker. Then I began attending Speed Week each year. Eventually I learned to do a burnout. Why not drag race!? 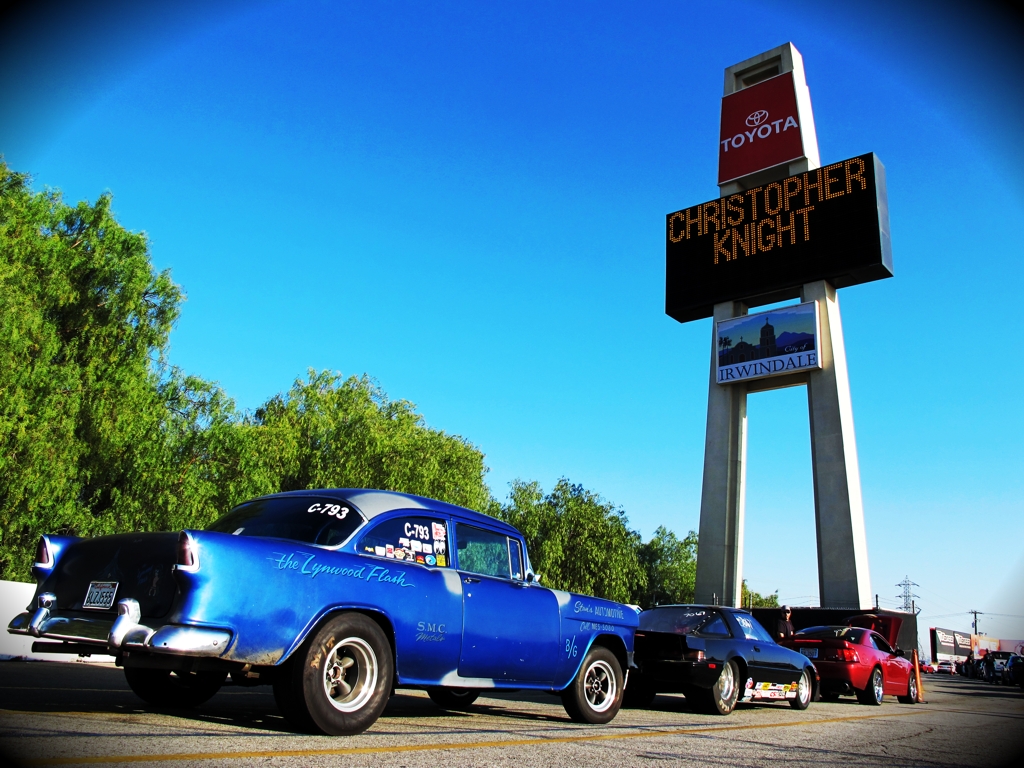 Although it’s not time for my own Studebaker to get on the dragstrip just yet, I’m sure it’s day will come. First I’ve got to learn a thing or two about drag racing – and what better way to go to do that than ride along with a pal who’s been racing his 1955 Chevy Gasser for years!? When my buddy Stan first invited me to go along with him to the Irwindale Raceway, I didn’t realize we were going to actually drive his racing gasser TO the races. But yep, he built this car to drive and there’ll be no trailer for him. 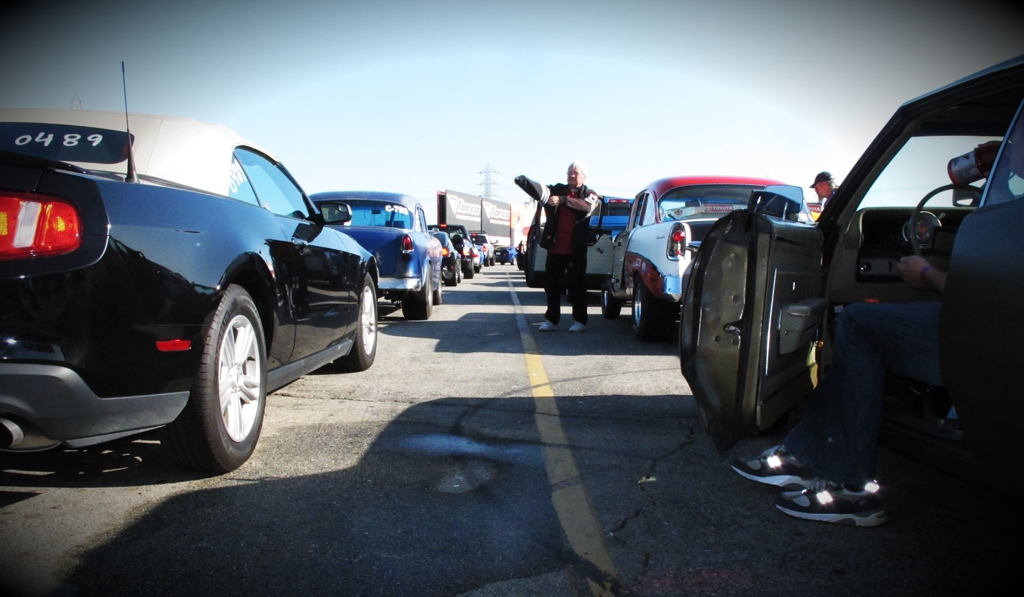 Thursday nights at Irwindale is a run-what-ya-brung amateur night with some professional class racers around also. It isn’t a nostaglic-class night, anyone can come…so long as you have a helmet and a seatbelt (unless you start going too fast…then you’d need some extra safety equipment). 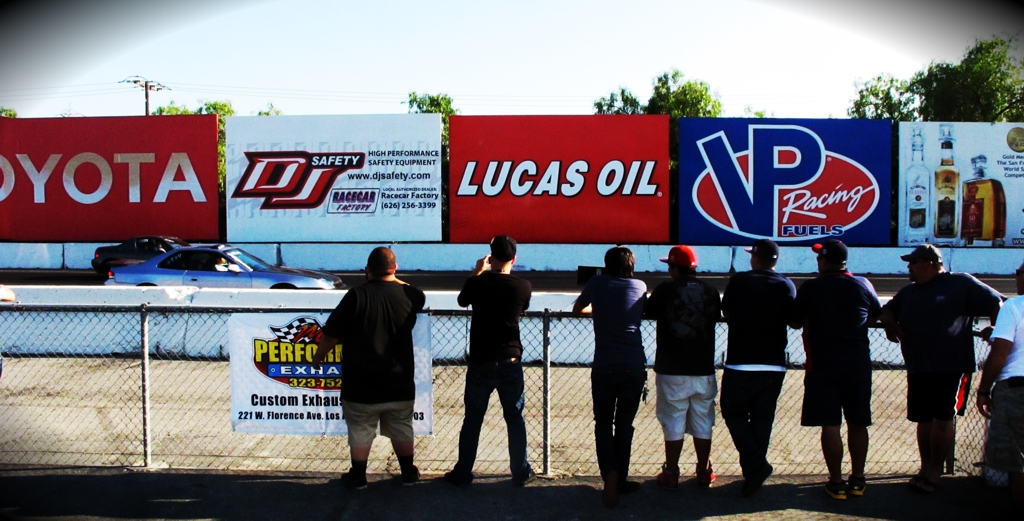 I was happy to see there were lots of young people getting interested – even if they’re there for the tuner-car category.

While there were plenty of new Mustangs, Camaros, and rice rockets racing – there were still plenty of old cars to watch too, like this 1964 Chevelle. Another amazing ’64 is this amazing 1964 Pontiac GTO, click here to read the story! 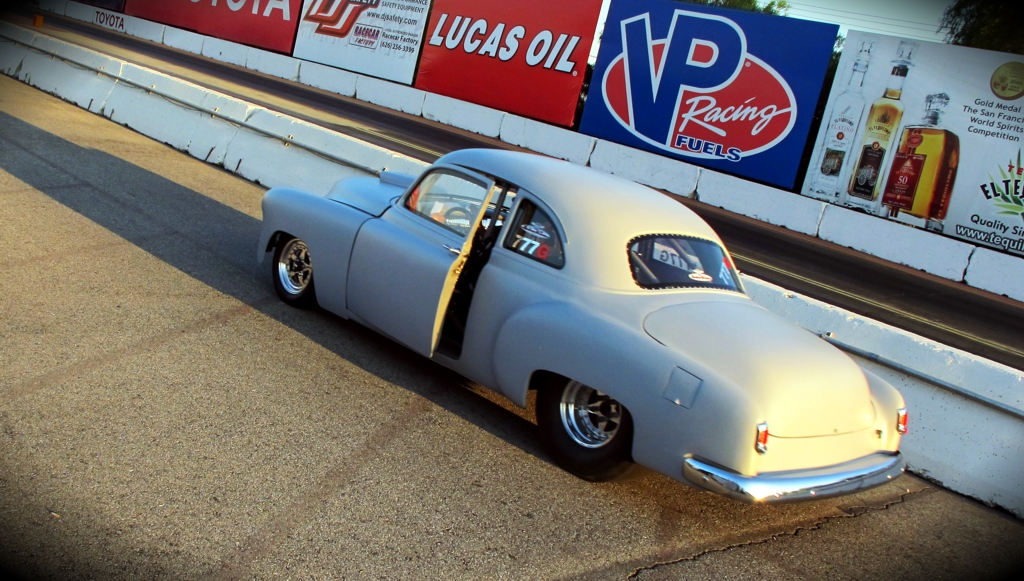 Or this early fifties Chevy 2-door. It looks like somebody has been doing a lot of work to make this coupe a record breaker! 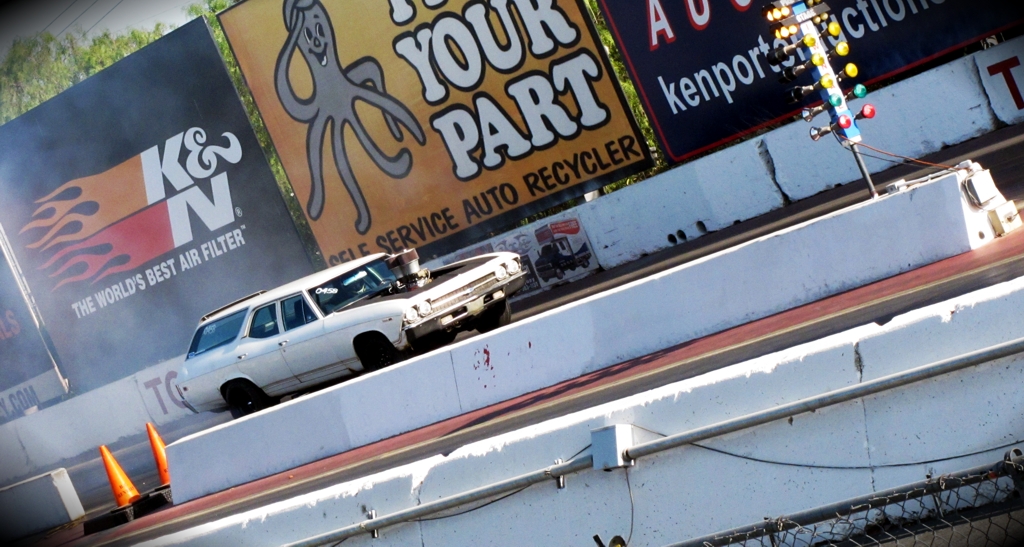 This Malibu was one mean looking wagon! Those are some wildly high air cleaners! 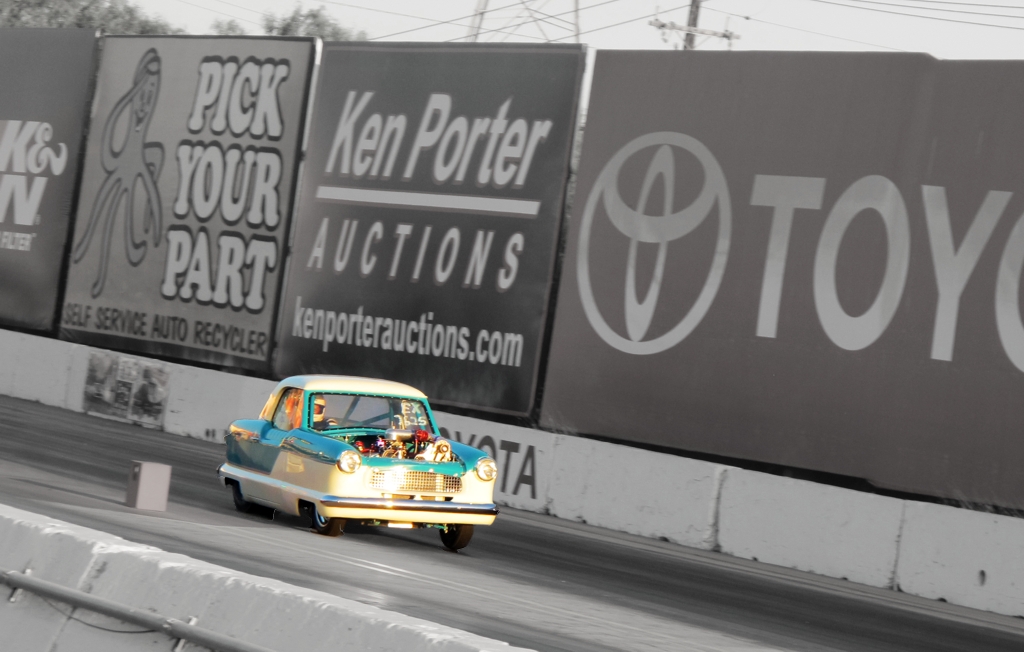 An unlikely candidate for racing, this 1959 Metropolitan Nash speed down the strip. 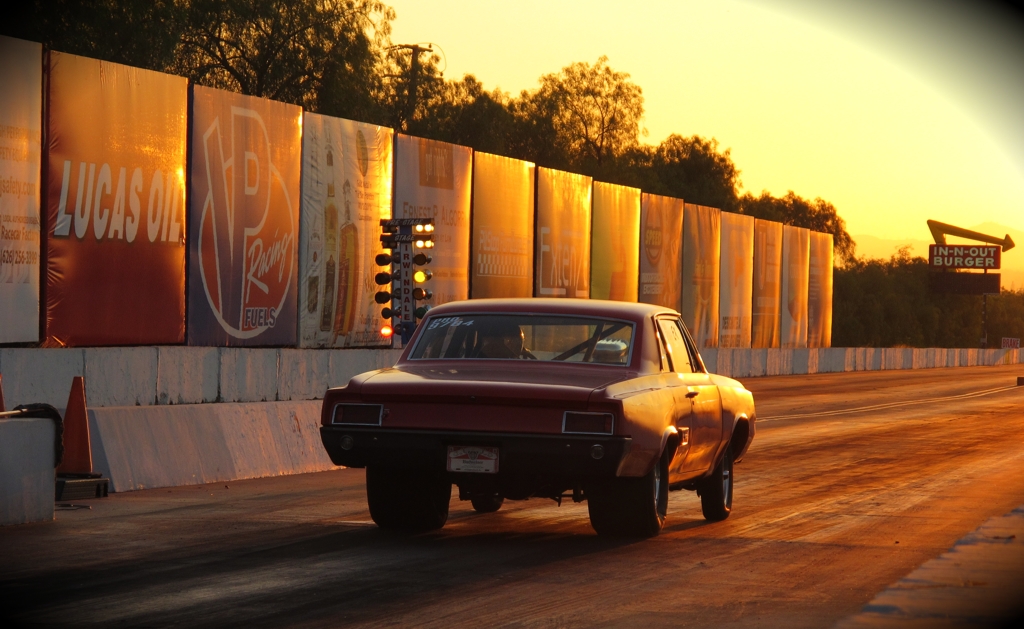 This Oldsmobile 442 is about to ride off into the sunset. 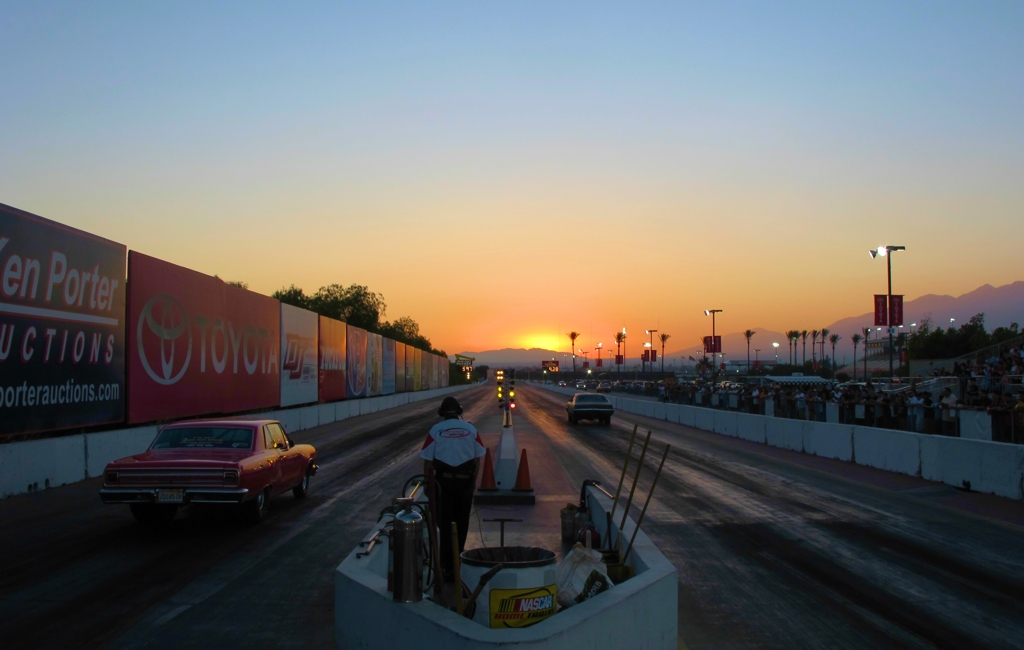 As the sun went down and the air cooled off, drag racing times just got better… You can’t ask for anything better then that.