This past weekend was spent in Pomona at the 61st Grand National Roadster Show, or GNRS for short. This is one of the most important car shows of the year, drawing big names in the auto industry. Along with about a dozen unbelievable cars competing for the coveted “America’s Most Beautiful Roadster” Award, there is also hundreds of other top-notch classics.

With all the talk going on about the AMBR winner at the Grand National Roadster Show, I wanted to take the opportunity to show you some of the other great award-winning cars on display. There must have been well over 100 awards given out during Sunday’s award ceremony! This is not including awards given out in the Suede Palace (those cars don’t run in competition with the others, it’s more of a low-shine exhibit if you know what I mean.) 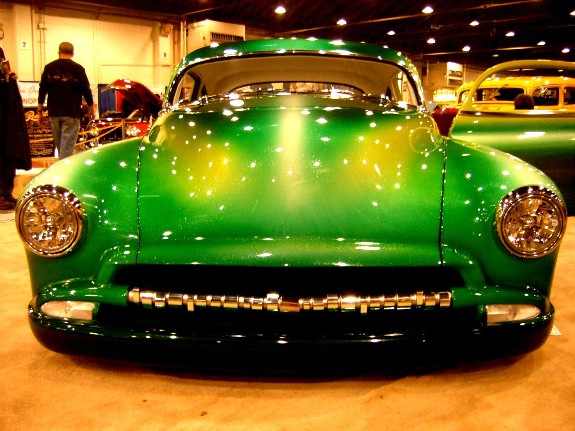 To start with, this sweet 1952 Chevrolet Coupe won the George Barris Kustom D’Elegance Award. I dug it for it’s cool green paint by Gene Winfield as well as it’s cam shaft front grill. 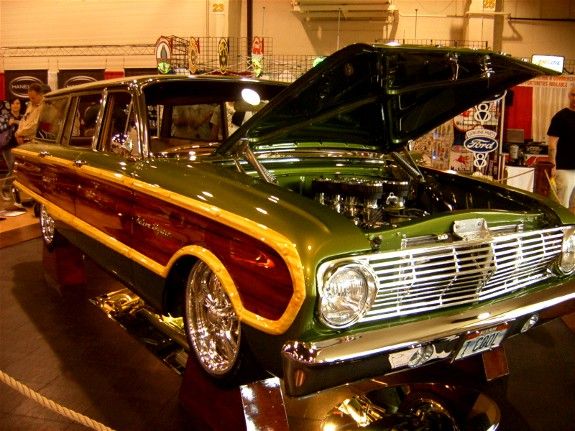 There were lots of nice wagon’s at the show, as I’m partial to wagons they really drew my eye. This 1963 Falcon Squire stood out to win in it’s 1955-1979 Conservative Wagon class. 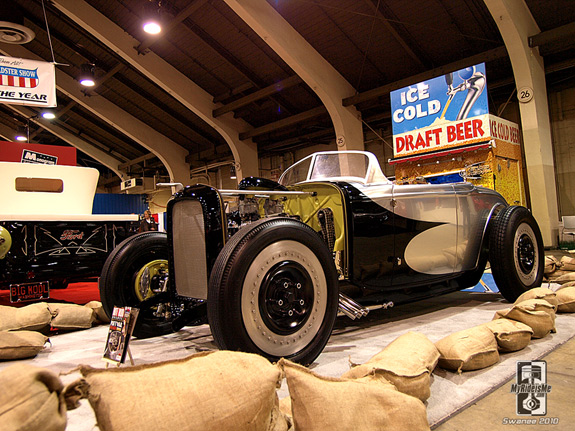 I’d heard about this 1932 Ford roadster, dubbed the Platinum Bomb, as it was progressing. I hoped it would take home first prize, but it only got class recognition (this is, however, the most competitive class in the entire show!) Built by owner Zachary Norman along with Troy Ladd of Hollywood Hot Rods. I’ve got a lot more to say about this car…be watching for an in-depth story on this baby! 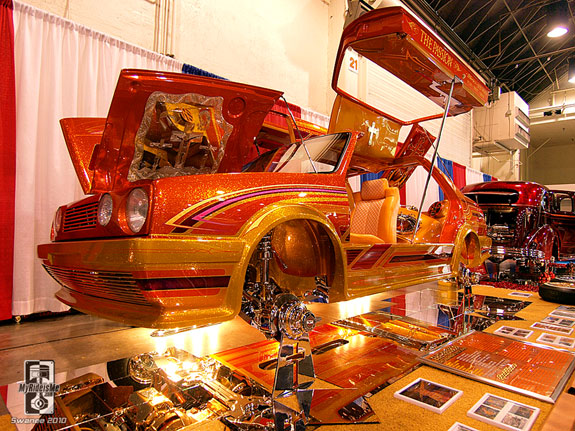 While Lowriders aren’t my style, I’ve at least got to recognize the money and hard work put into these pieces of art. I was very surprised when I saw this 1988 Volkswagon Jetta pimped out! Dubbed “The Passion,” it was covered with crosses and Jesus murals. Evidently others were impressed too, it was awarded the Full Lowrider Compact Custom Award. 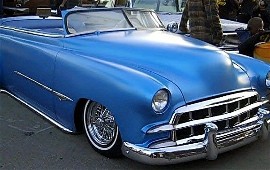 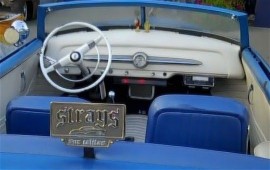 The ’88 Jetta wasn’t the only place for Jesus to be seen at the 2010 Grand National Roadster Show. I spotted him (along with Mary) on this sweet ride out in the Greaser’s Alley. It was all the more classic that mariachi music was booming from inside, along with a custom light-bar beneath the radio keeping beat with the music! I don’t think this one took home any awards, but it was one of my top picks! I wouldn’t mind rolling around my East LA neighborhood in this! 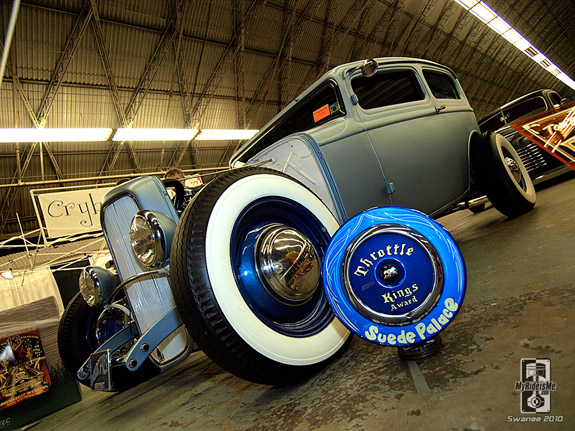 I definitely don’t want to leave out the Suede Palace picks! This beauty 5-window was the chosen winner of my favorite car club fellas, the Throttle Kings. Extra points to them for picking a car based on it’s drivabililty! This one’s owned by a fellow Grease Girl and gets driven all around, including destinations like El Mirage and Bonneville Salt Flats along with her Bean Bandits crew. Stay tuned for more on this one later also.

Lastly, I don’t want to ruin it for you, but there will be a few spectacular cars highlighted in detail over at MyRideisMe.com that took top in their classes. The only clues I’ll give ya is the classes: 1955-1959 Semi Hardtop class and Early Street Roadster – Topless Pre 1935. Check out all of the Grand Nationals coverage over at MyRideisMe.com! Next up here at GreaseGirl, Interior 103 – Auto Upholstery!