When I wrote my 2010 Car Project Wish List, Get a new exhaust system on was top priority. I’m glad to report that this past week I tackled the first item on my list! I certainly can’t take the credit on this one, because I had a lot of help! B&C Industries down in Anaheim put their skill and expertise to work in crafting a top quality custom exhaust system for Studebaker, along with tons of help from Matt over at Department of Customz also.

The pipes that went on my car were originally shaped for a different model Studebaker. This means I’ve got an ugly exhaust system taking a good 6” under my car’s profile – yuck! It’s also taken a good beating on the asphalt because of that, which has resulted in both mufflers been torn open! Take that and worn out Hooker headers and you’ve got crazy noise and a less-than-healthy exhaust system. 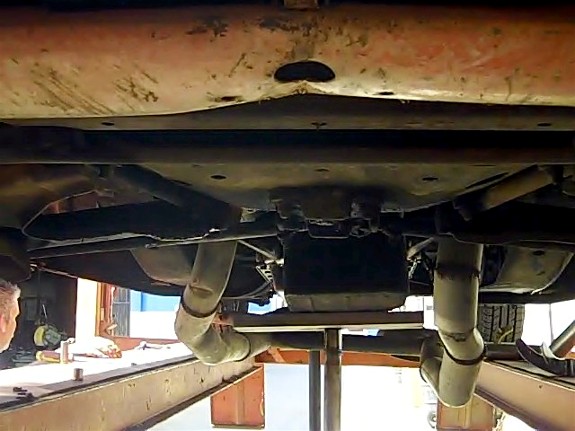 “Less-than-healthy” is an understatement. We’re talking nearly-unbearable noise, exhaust fumes pouring into the passenger area, and a slight embarrassment anytime I drove anywhere “car people” would be. (It sounded so bad that even a panhandler told me to “keep my change for Mr.Muffler-man”!!!) In short, I was exhausted.

Looking at these few pictures should give you at least a little bit of an idea of what I’d been living with the past three years that Stude’s been on the road. The entire system was just kinda pieced together very haphazardly. This only added to the numerous other holes in the system. And than combine that to tons of miles and bumps passed out on the road and you’ve got one ugly picture.

I can best describe the change in my hot rod since the new exhaust system was put in by saying its like Stude’s got a new pair of lungs. She has much more power and response. I’m no longer left coughing in the driver’s seat from the fumes. And oh my gosh, does she sound amazing! Amazing! I knew that a new exhaust system was going to make a big difference, but I think my expectations for improvement were far exceeded! 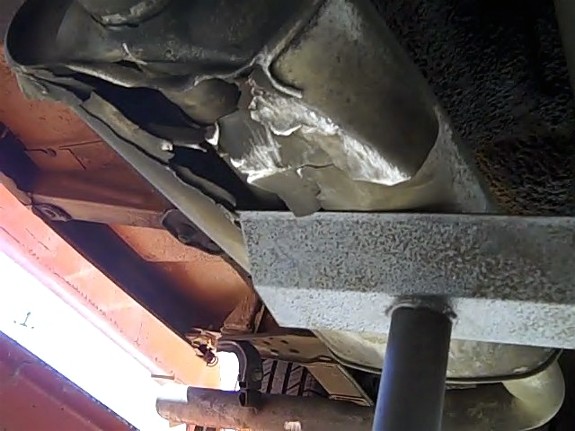 I’m excited to bring you all the info in an Exhaust 101 article coming soon. I’ll share not only what I learned about exhaust but I’ll also go through the process of custom-making a new system for my car. All the way down to the actual making of headers and making of a muffler. It’s not many a car enthusiast that gets to be this involved in the process!

I couldn’t be more impressed with the work and quality that goes into the exhaust components crafted by B&C Industries. I’m excited to show you what I got to be a part of in creating one darn nice custom hot rod exhaust for Stude – and of course there’ll be a brag-video so you can hear it all in action! Check back soon, and until then, happy trails!