Getting Salty on the Bonneville Salt Flats 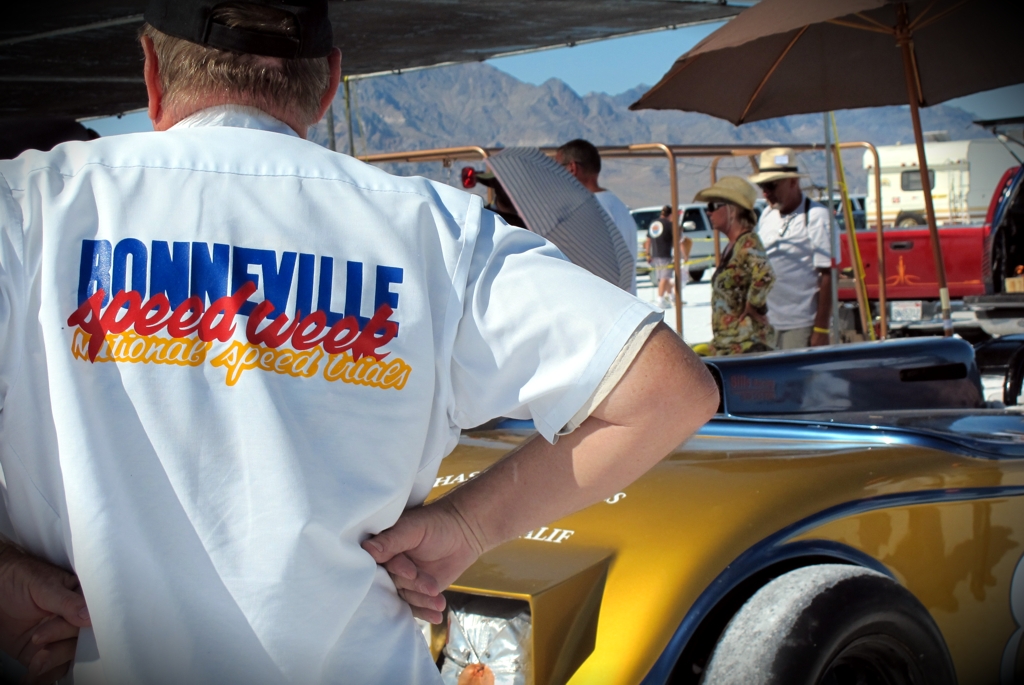 I wasn’t sure I’d be able to come to Bonneville this year. Studie didn’t get to come with me, but by 3pm Thursday afternoon my boyfriend Ethan and I were headed out of So Cal. By 9pm we were zooming across the empty desert underneath a full moon. By 3am we’d passed through Wendover and found an empty space at “The Bend”(the aptly named bend in the road just before getting to the Bonneville Salt Flats.) Early the next morning the sun woke us up to the sight of an amazing sunrise out over the salt flats – it was time for Speedweek 2011 to begin. 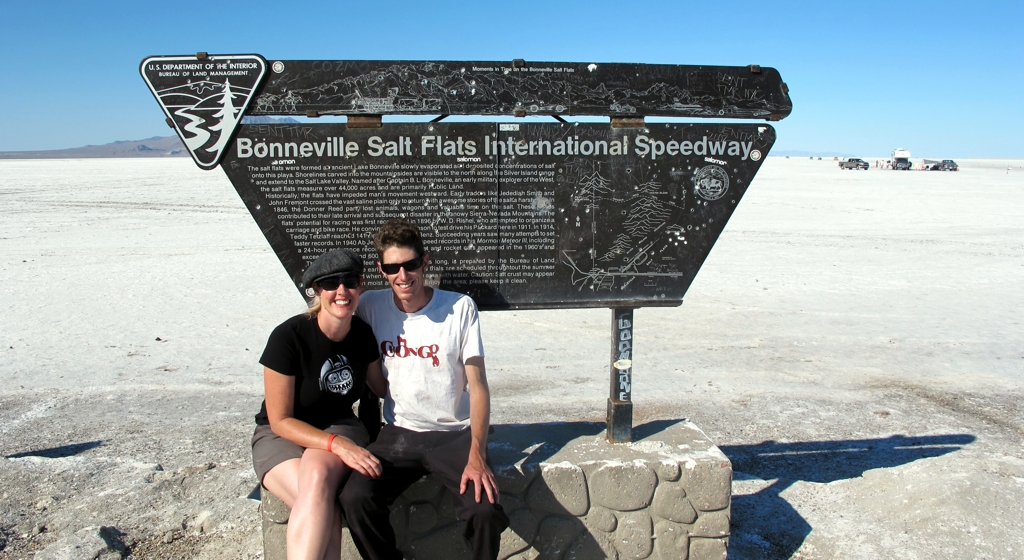 Although the racing doesn’t begin until Saturday of Speedweek, Friday is full of activity as salt fever builds toward its breaking point…exploding as each participant racer zooms away from the starting line. Here’s some of the things I found going on in the pits as I wandered around on Friday…

As racers arrive they register and begin lining up cars to get through tech inspection. 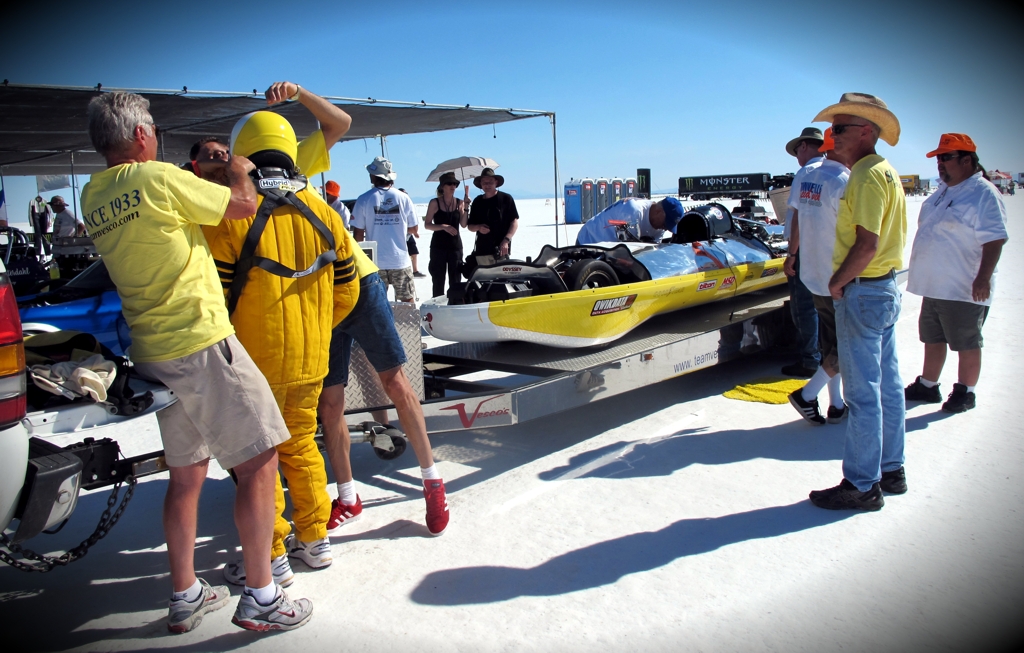 This year has seen a number of safety changes – from head restraint upgrades to drivers having to get fully suited, in and out of their cars at tech inspection line. 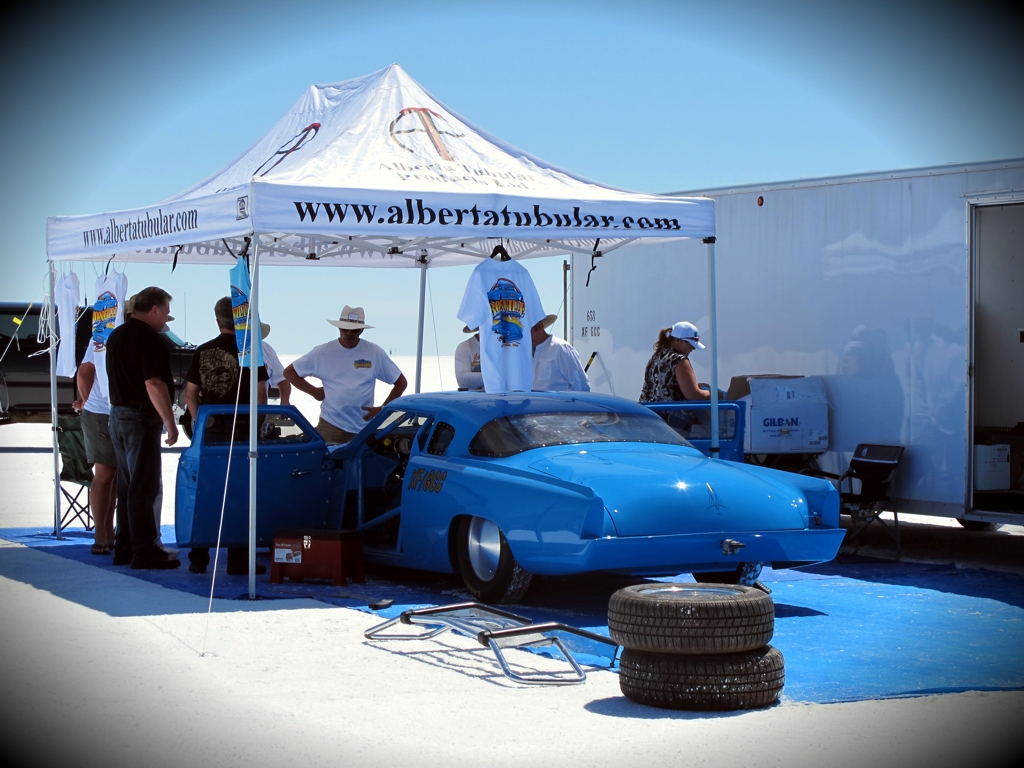 I stopped by some of my old Studebaker racing pals pits as I found ‘em. Gord Driedger and his “Slippery Stude” have arrived on the salt with a new engine. It’s still a flathead – they’re hoping to get up past their 157 mph time of last year. 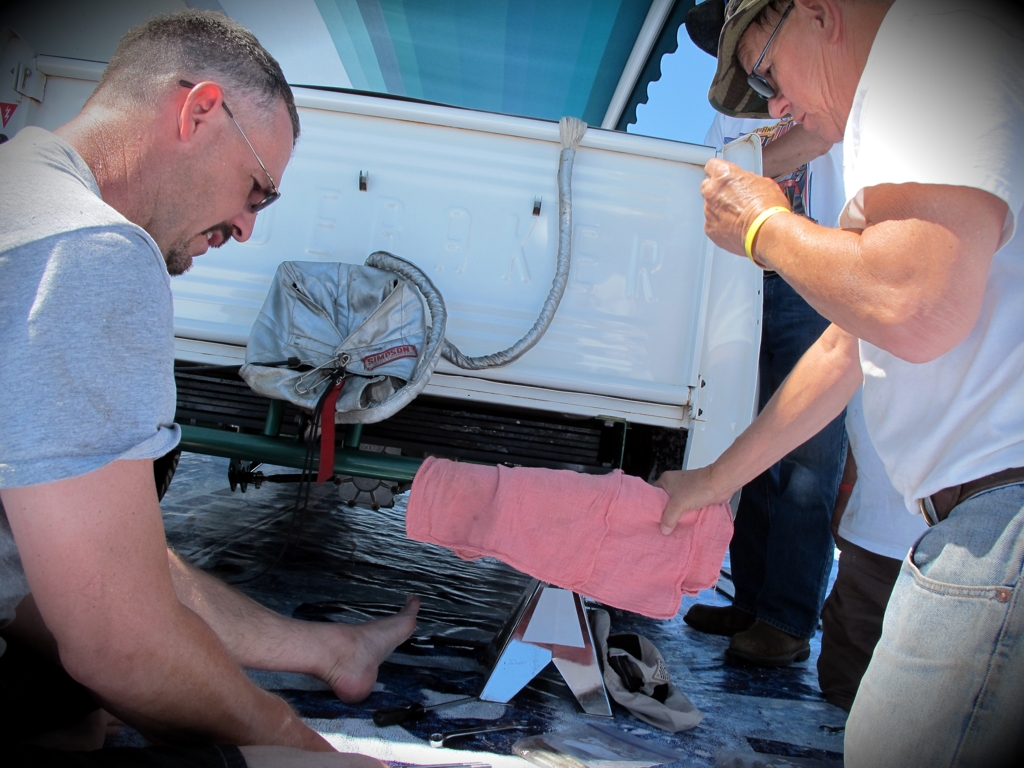 Over at Norris Anderson’s camp with his record-breaking Studebaker Pickup they’d already passed tech  inspection and were busy adding the many steel plates underneath the rear of the truck. 1400 extra pounds to make sure that Studebaker doesn’t go airborne during another record setting run! 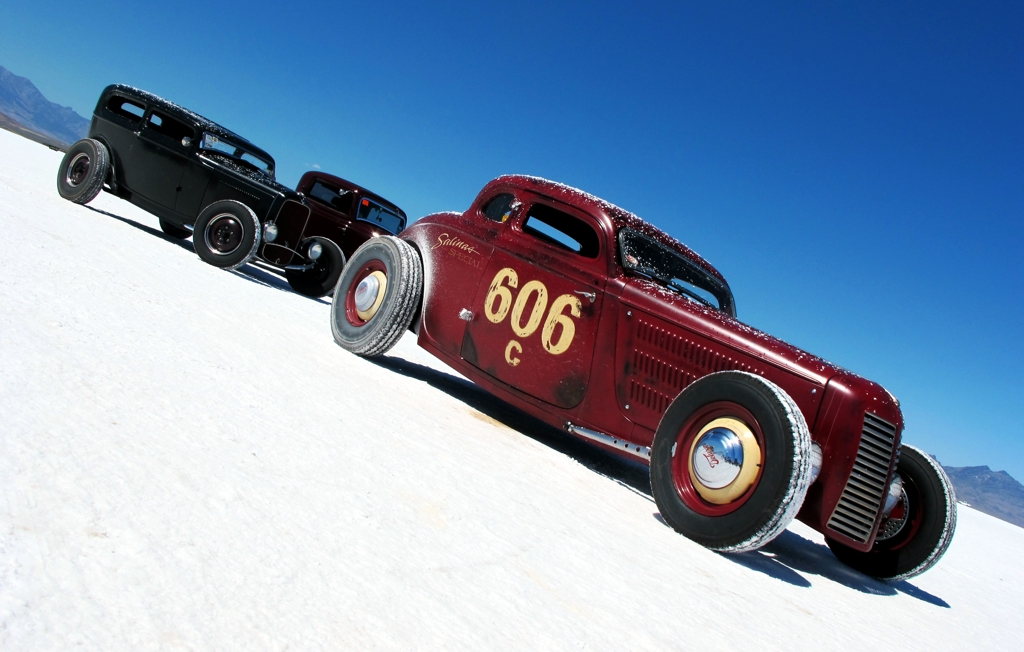 Of course there are all sorts of cars to gawk at that aren’t at Bonneville to race – such as this grouping of coupes. 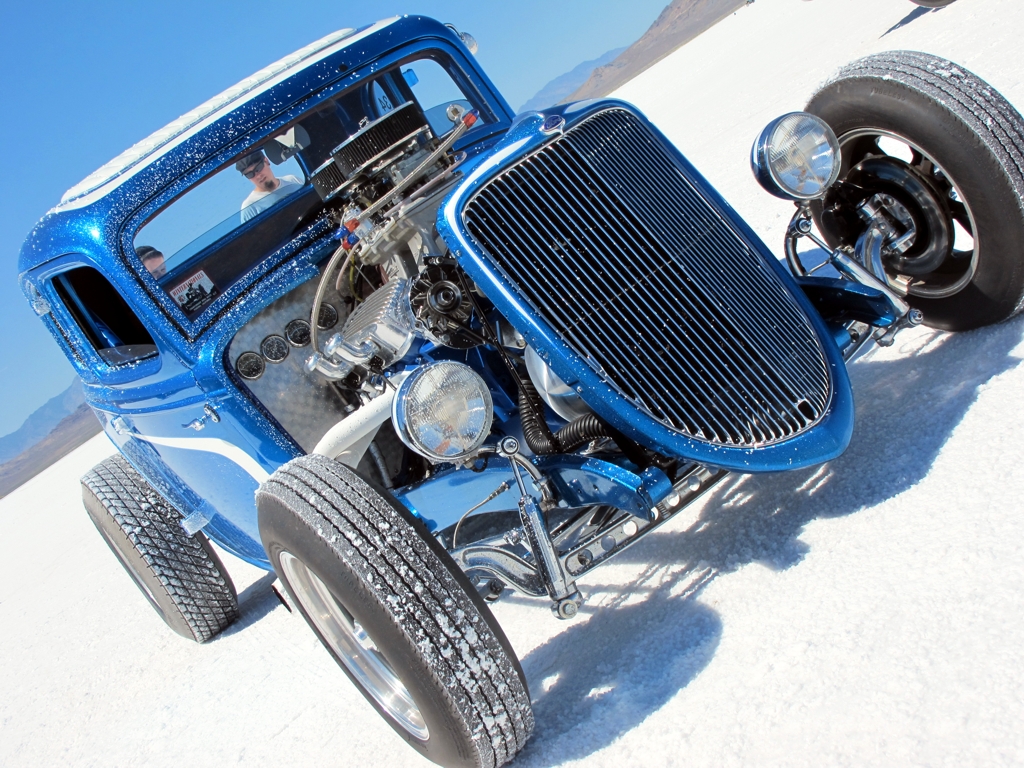 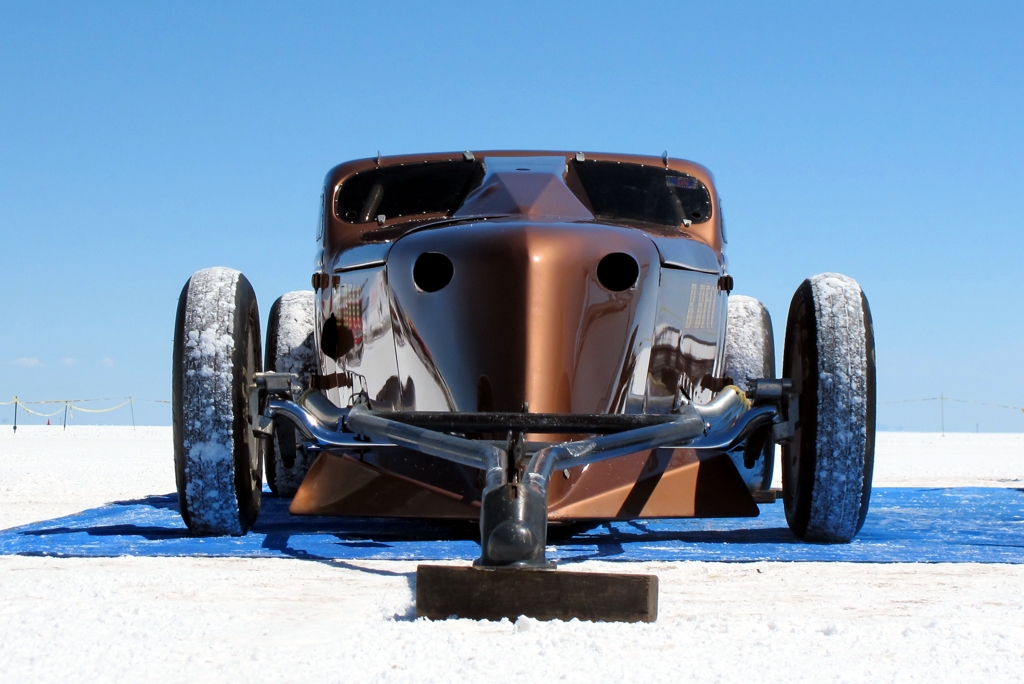 Speaking of coupes, I couldn’t help but notice this one sitting in the pits. It looks pretty dangerous to me, like one of those gnarly predatory fish deep at the sea bottom that sits and waits for smaller fish to swim by before gulping ’em up…I wonder what sort of a time this coupe will gulp up as it speeds down the salt.

Some pits were small and quiet, others were large and noisy and lots were inbetween. But the Speed by Spectre pit was full of all sorts of activity. They’re looking to beat five records this year – and this crew has their hands full with preparations on this massive streamliner. Stay tuned for more stories about this one from Pikesan. 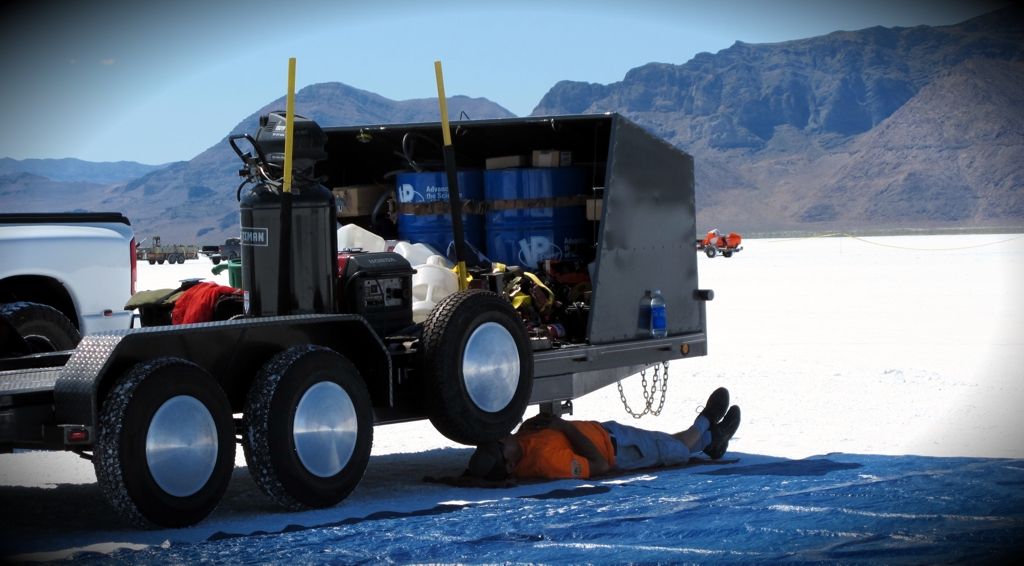 Then of course, some people just couldn’t handle all the excitement (and sun) or maybe they’d pulled an all-nighter to get here. This fella’s car and crew must’ve been in the tech inspection line – and he found the best bit of shade he could to catch a few shut-eyes. 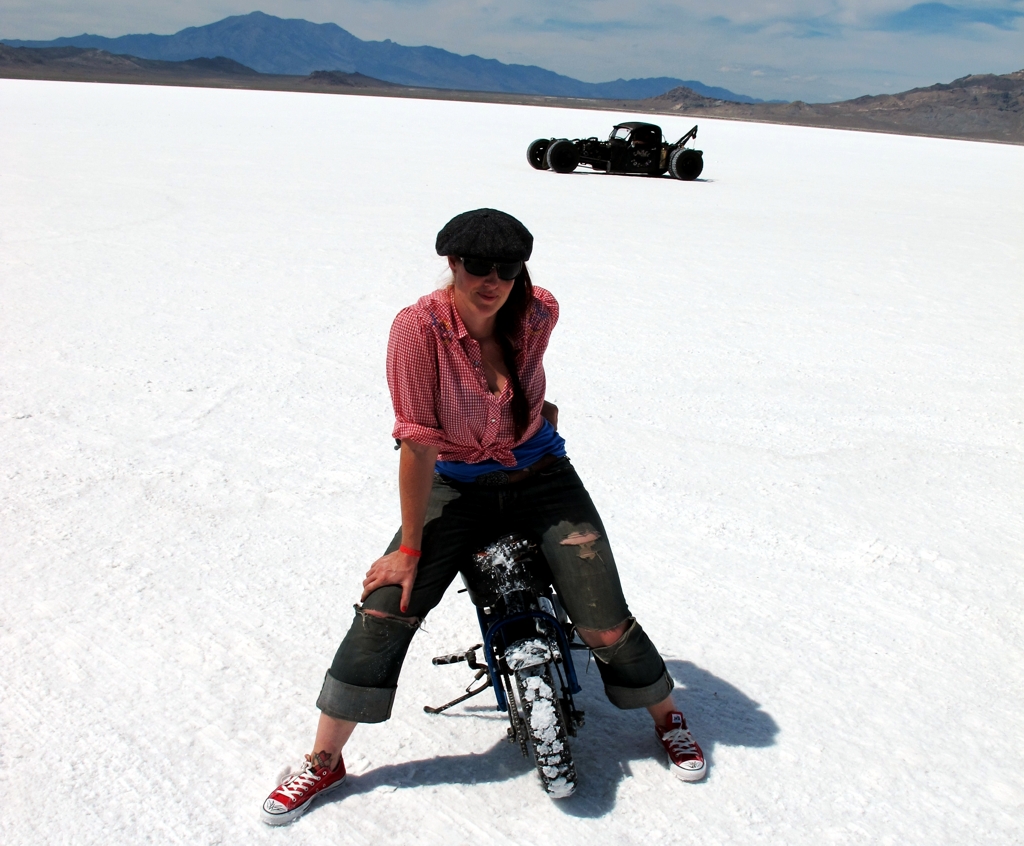 As for me…I’m just getting geared up. I’ll be here for the whole Speedweek and can’t wait to bring you more stories!